Dutchen Schoorl offers you luxury holiday homes and villas in special, small-scale holiday parks along the coast, on the Wadden Sea and in beautiful nature reserves. Dutchen Schoorl started in 2010 and we are still in full development. We are working hard on an extensive range of dream holiday homes, where sustainability is of paramount importance. Some houses have a WWOO concrete outdoor kitchen.

Schoorl is pre-eminently the place where lovers of peace and nature feel at home.

De Schoorlse Duinen National Park is the widest and most varied nature reserve along the Dutch coast. Beautiful walking routes and cycling paths wind through the dunes to Schoorl aan Zee, with car-free beach access.

Surrounding
Park Duynvallei is located in the picturesque village of Hargen on the north side of the Schoorlse Duinen, a 15-minute walk from Camperduin beach. It is an area of ​​natural beauty, which makes Park Duynvallei a great holiday destination. A new coastal strip was realized in 2015 within walking distance of Park Duynvallei, with 8 kilometers of new, wide sandy beach and beautiful cycling paths over the dike.

Groet
Groet is a 5-minute bike ride from Park Duynvallei and is a cozy village between De Noordzee and Schoorl. Here you will find attractive restaurants such as Restaurant De Bokkesprong, a restaurant in an authentic farmhouse with a history dating back to 1905. In Groet, a good bakery, butcher and a grocery store are conveniently close by.

The Schoorlse Duinen
Schoorl is pre-eminently the place where lovers of peace and nature feel at home. De Schoorlse Duinen National Park is the widest and most varied nature reserve along the Dutch coast. Beautiful walking routes and cycling paths that meander between dunes and polder landscape and a car-free beach entrance (Schoorl aan Zee).

Schoorl
Park Duynvallei is about 15 minutes by bike from Schoorl center. In the middle of the village of Schoorl is a unique climbing dune of no less than 54 meters high! At the foot of the climbing dune you will find nice shops and restaurants. Art lovers will certainly enjoy themselves with nice galleries and art workshops and there is also plenty for children to do with climbing dunes and many special activities from the forestry.

Bergen
In the village of Bergen, art, culture and cultural history are the elements that determine the atmosphere. In Bergen you can visit museums and galleries, an artists’ center, nice boutiques, and even an art ski slope. There are also annual events such as the Kunst 10-daagse, Holland Music Sessions, Lichtjesavond, the summer art market and various fairs.

Alkmaar
A pleasant city with picturesque canals and special shops. Tip: Fnidsen is the old shopping area with the nicest boutiques. And also visit the Cheese or Beer Museum. At our reception you can get even more great tips for the area.

Further
Attractive cities such as Haarlem and Amsterdam with numerous tourist and recreational facilities are also within a short driving distance. 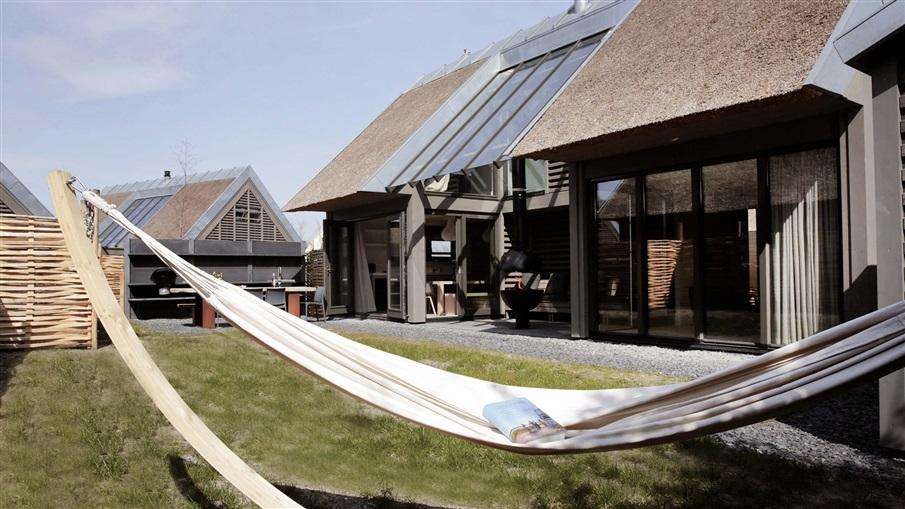 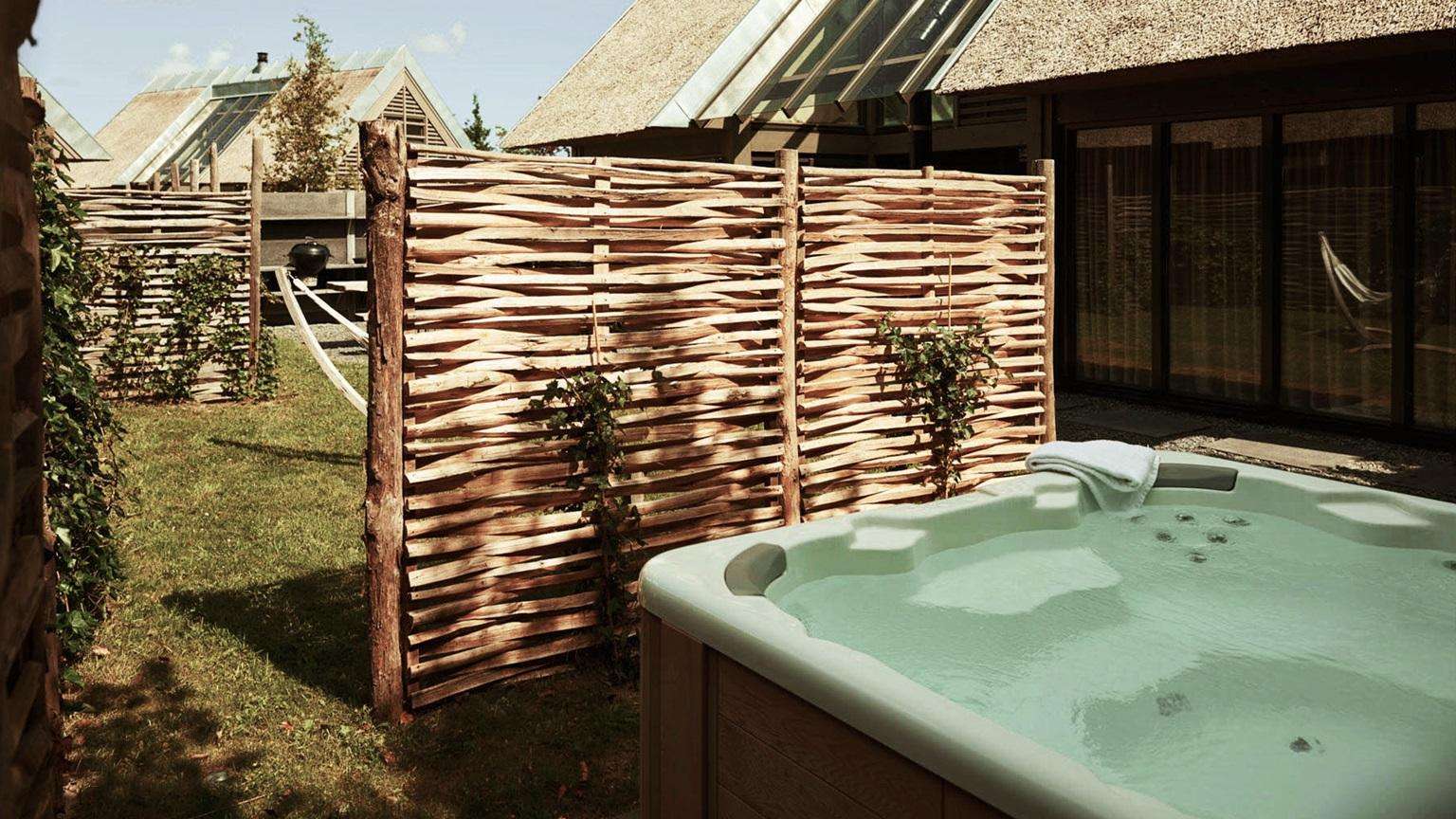 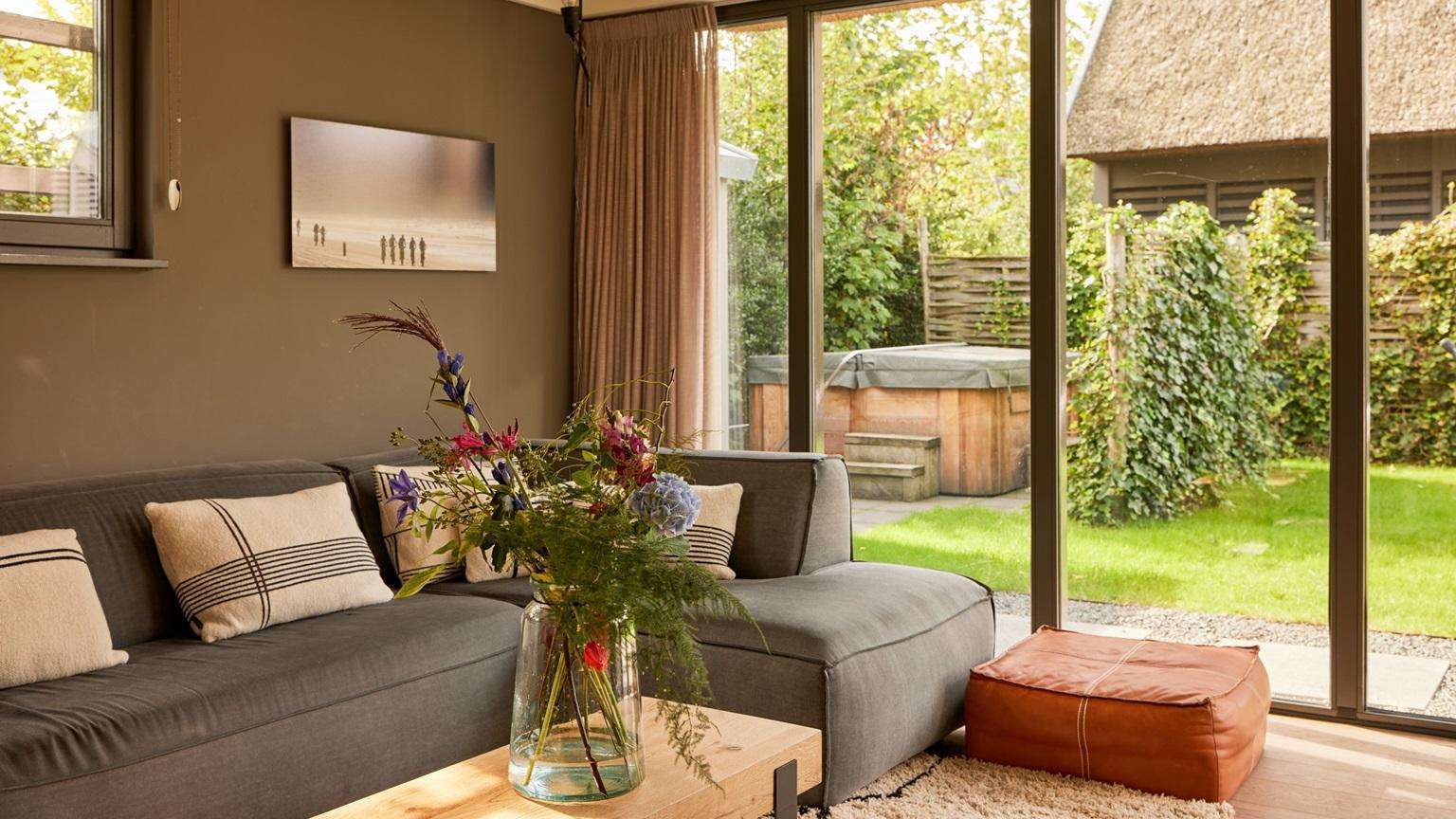 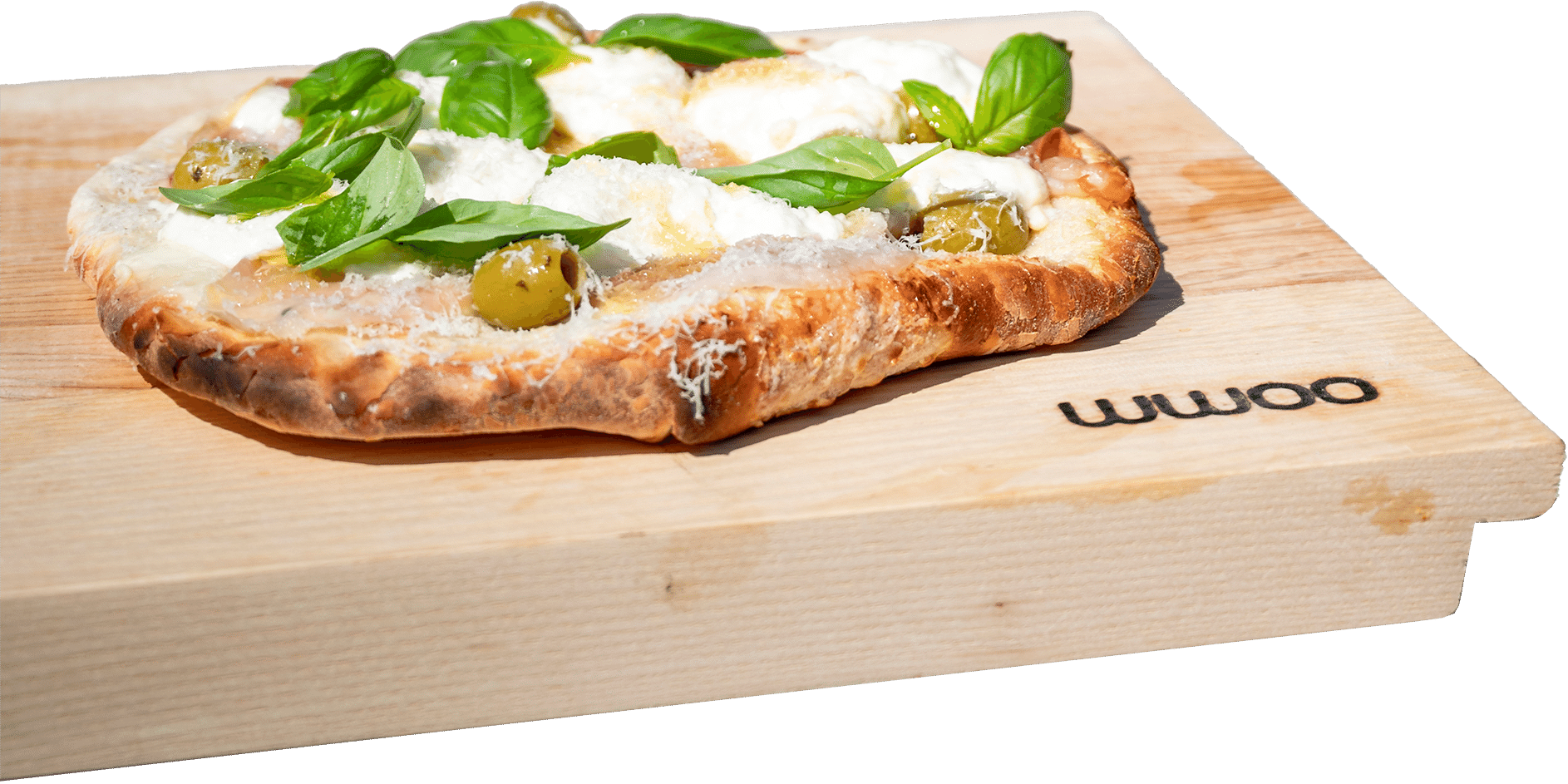 Together with the best chefs, we create the tastiest working lunch or after-work dinners at the WWOO Headquarters. We use products from our very own fruit orchard, vegetable garden or from local farmers. Would you like to prepare a healthy lunch, a caveman style grill or a vegetarian BBQ meal? We are happy to share our delicious recipes with you. Don’t forget to follow us on social media and check out our outdoor cooking workshops! 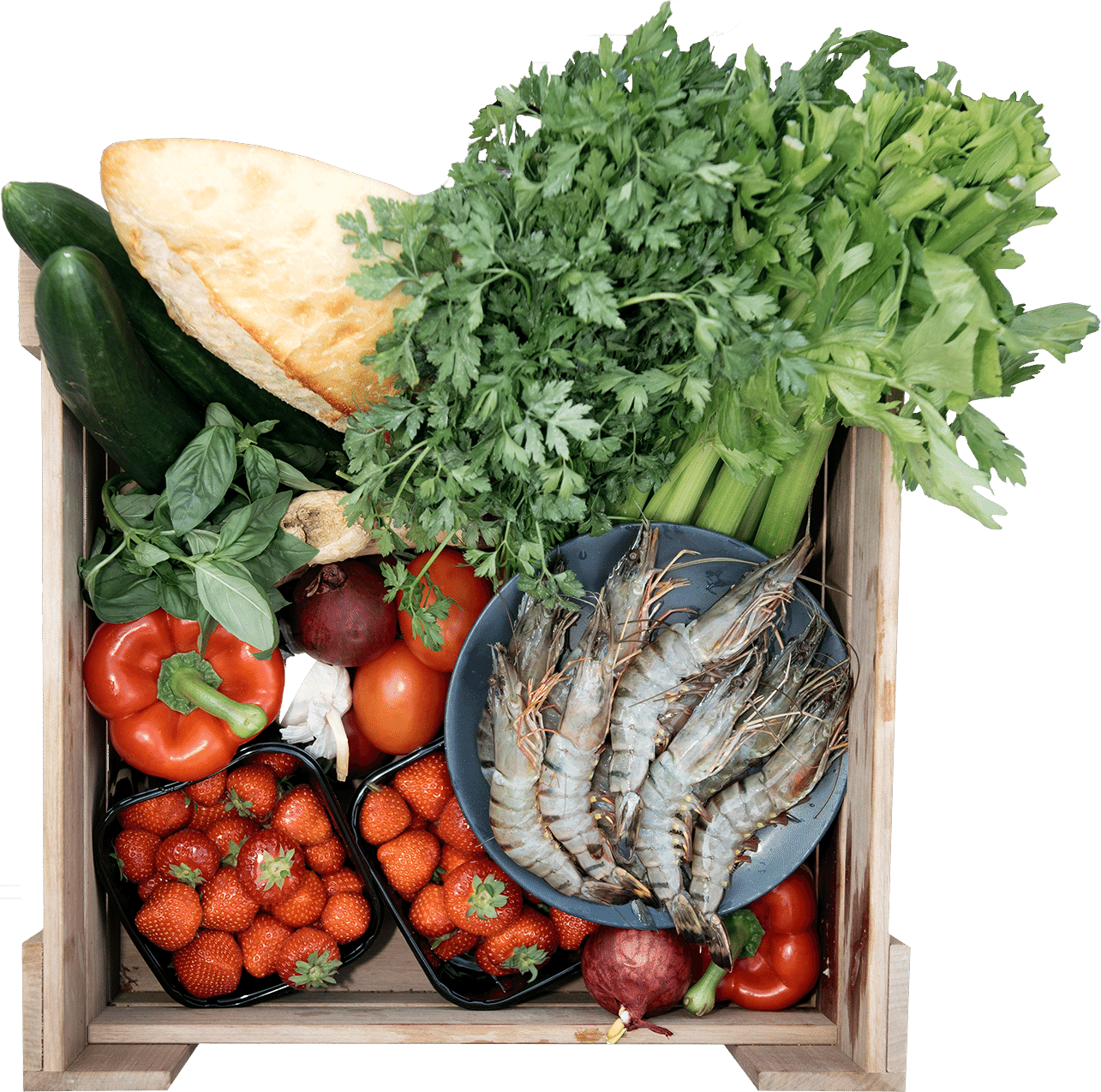 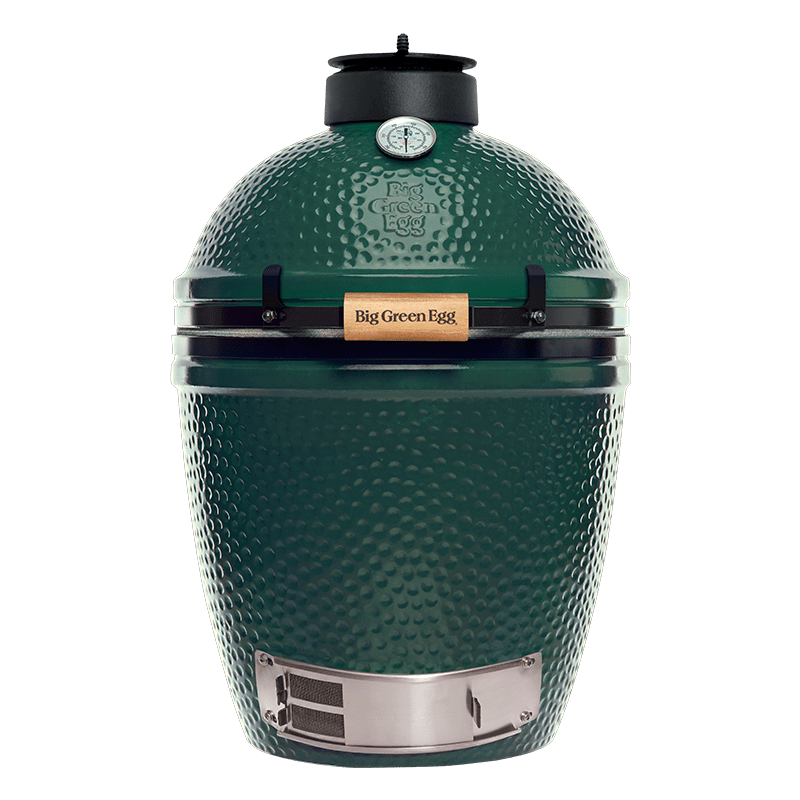 Smoking, roasting, steaming, baking, and grilling. The Big Green Egg is the most popular Kamado BBQ made of the best ceramics. The possibilities of the EGG are endless. Just like their service is. That’s why your EGG comes with a life-long warranty. And that’s why it’s the best accessory for your WWOO.

WWOO: Not only an outdoor kitchen

Did you know that WWOO is also a boundary fence, an outdoor spa and a lounge sofa? And that you can also create your own vegetable garden or your ultimate outdoor man-cave with the most stylish outdoor bar? The WWOO is multifunctional, and the design possibilities are endless. Choose your elements in our configurator and enjoy your garden all year round.

Life’s a WWOO, so get one

Large, small, high, low, BBQ, sink, outdoor fireplace, or dinner/lounge area? You name it! List your wishes regarding your WWOO. Then decide on the location of your WWOO based on those and where you want to use the WWOO for. 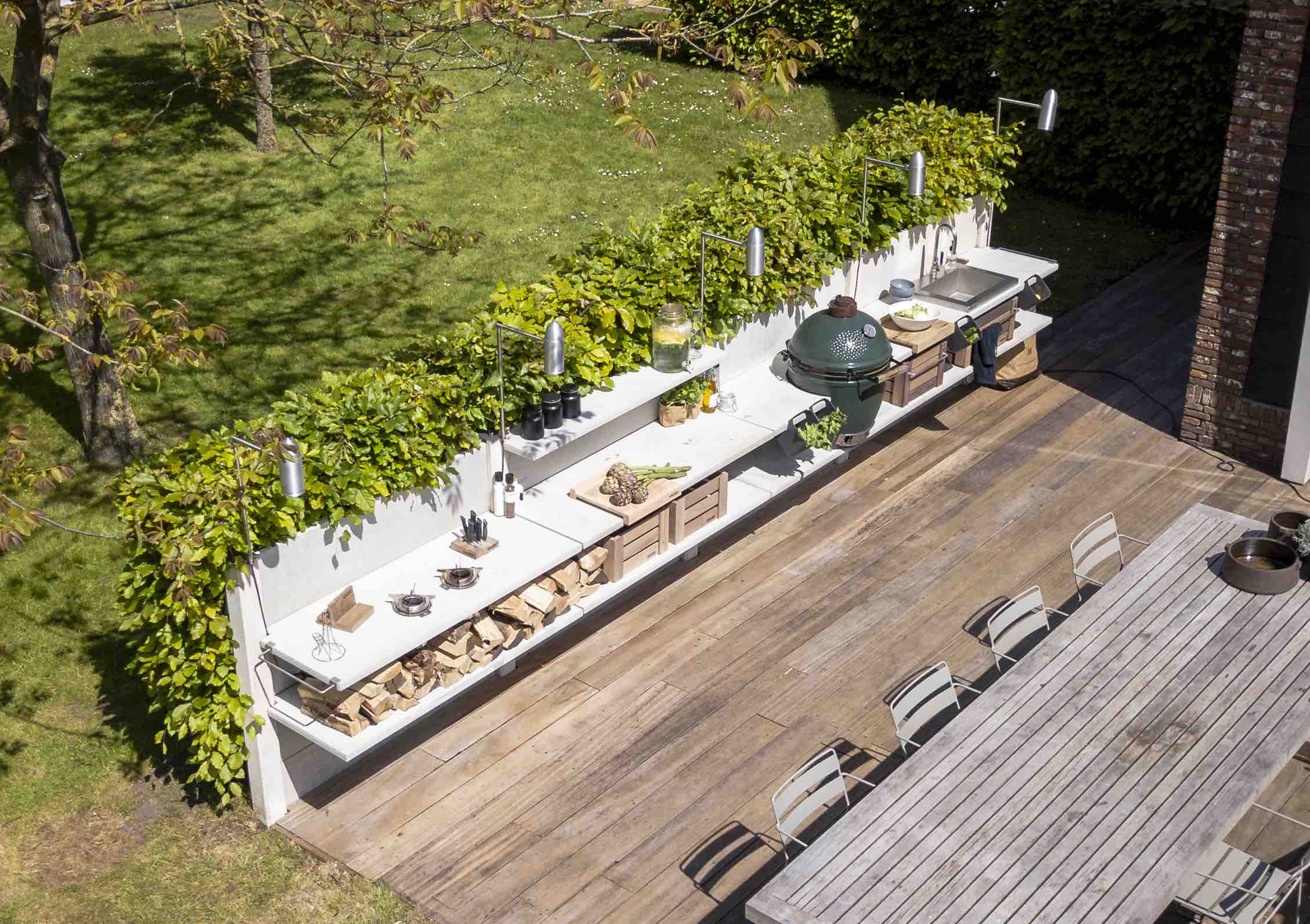 Choose your color and decide on the size of your WWOO by adding a number of different concrete elements. Determine what the height of your WWOO has to be, and select which shelves your WWOO should have. 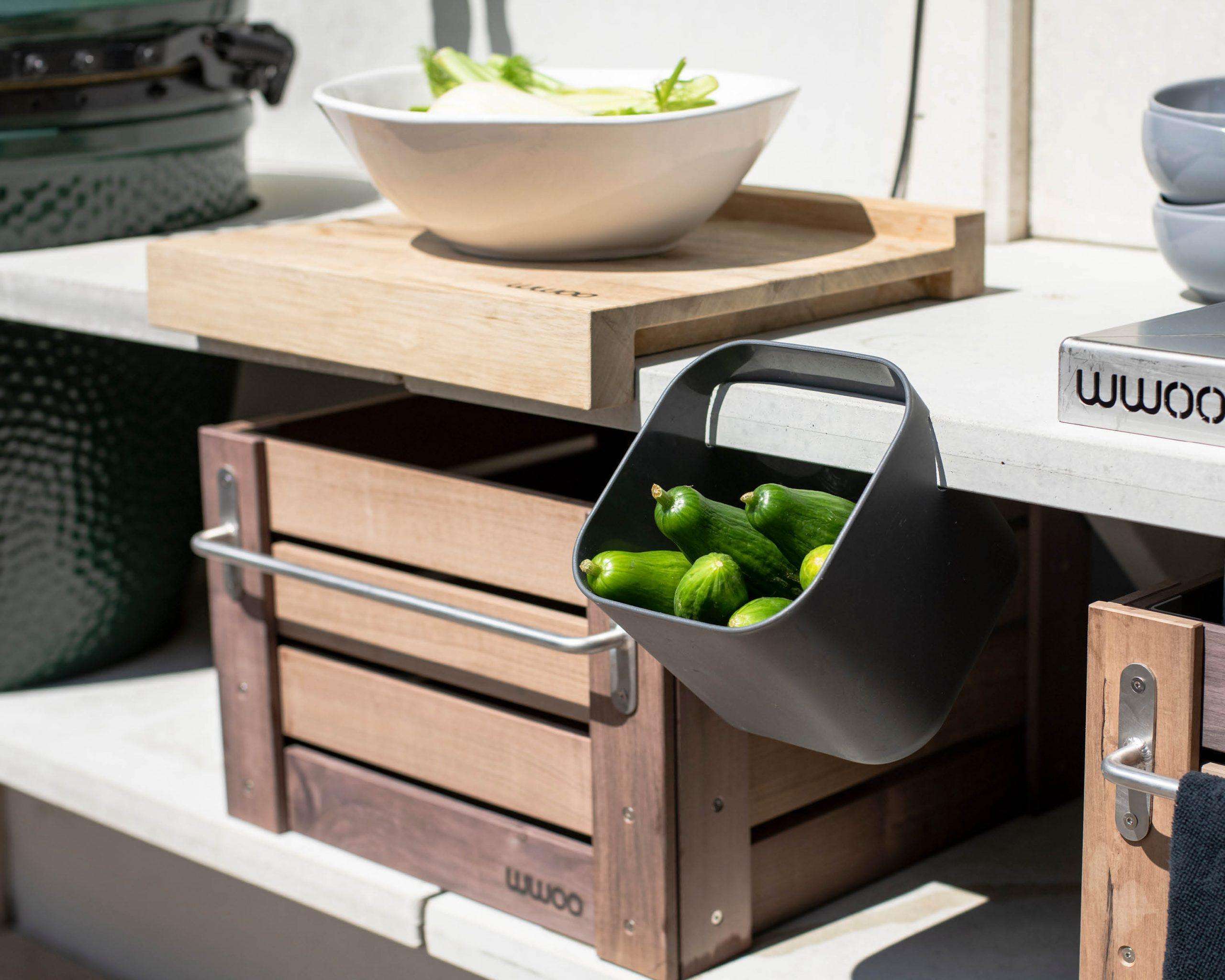 Storage, grilling, an outdoor fireplace and/or a sink? Choose your accessories based on your wishes and needs. Our designer loves to be involved and help you design your ultimate outdoor kitchen. 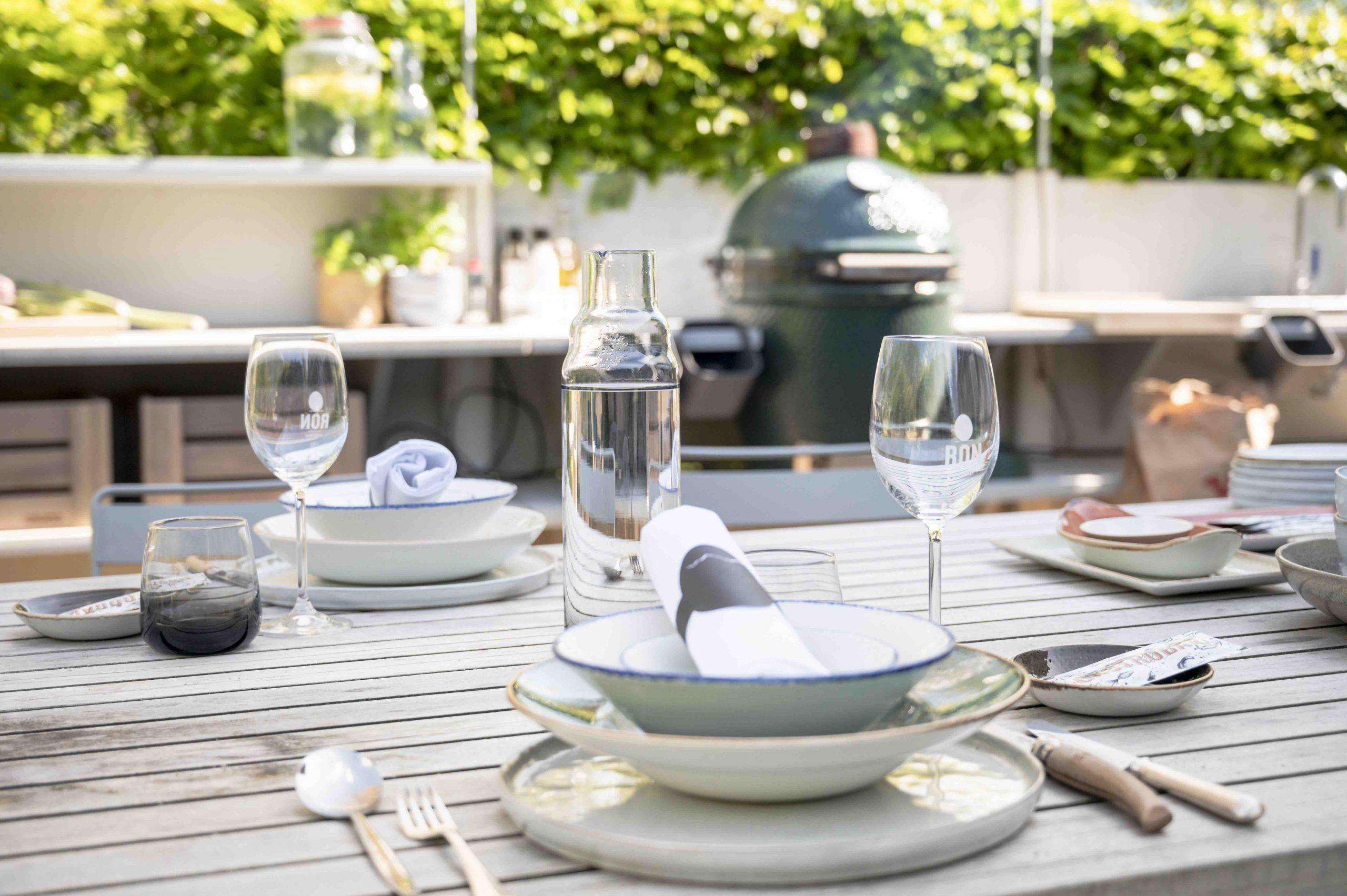 Smoking, roasting, steaming, baking, grilling or relaxing! The more often you use it, the happier you’ll be about all the possibilities the low-maintenance WWOO has to offer. Cheers!

In every country, WWOO collaborates with a select group of professionals. The team on location is happy to help you create your own outdoor kitchen.

Winter is not a season, it’s a celebration

Low and slow barbecuing is also perfect for wintertime cooking!

A stylish way to light your outdoor kitchen and garden 💫

Admit it, not everyone loves wintertime...but there are always winter comforts to make this season more easy!

Is your garden ready for wintertime and the holidays? 💫

WWOO lighting: our products and accessories are multifunctional, ease to use and low-maintenance. Shop @ WWOO.NL

How beautiful is this view! The WWOO is multifunctional, and the design possibilities are endless. Choose your elements in our configurator and enjoy your garden all year round.

This WWOO Shaped cutting board was developed in collaboration with Ron Blaauw and is perfect for cutting ingredients and for presentation.

The possibilities of WWOO are endless. Do you already have a BBQ or Kamado BBQ? No problem! Various brands can be integrated into the WWOO. Contact us for a tailor-made offer.

Autumn proof: our products and accessories are multifunctional, ease to use and low-maintenance!

WWOO Steel: the trusted, patented and extremely strong design in a new look. Naturally, it can be completely custom-made, and it’s compatible with the @biggreenegg